This blog post is a chapter from How Pros Make Hits by Tom Frampton, posted with permission.

Most critics and fans consider SICKO MODE to be the highlight of Scott’s 2018 album ‘Astroworld.’ Astroworld was nominated for Best Rap Album at the 61st Annual Grammy Awards in 2019, with ‘Sicko Mode’ receiving nominations for Best Rap Performance and Best Rap Song. The song was Travis Scott’s first number one on the US Billboard Hot 100 chart. 32 songwriters and 6 producers are credited as being part of the production process of this track. With guest vocals from superstars Drake, Swae Lee and Big Hawk posthumously. The phrase ‘too many cooks spoil the broth’ clearly doesn’t apply in this circumstance. Let’s unravel the components of the track and see what can be used as inspiration in our next production.

This track breaks all conventional structure rules of commercial pop music. Sicko Mode was an unlikely track to become a radio hit, changing the standard of how a rap-turned-pop song should sound. In an interview with Billboard Scott said:

“I’ve always tried to make some dope ass shit. I knew it was going to be a different sounding song for people, and I was hoping that they would catch up to it.”

The track is over 5 minutes long and is broken up into 3 different sections shown below in red, yellow and green. The different sections have different tempos, keys, melodies, drum beats, samples, and synth sounds. This goes to show that you can express yourself however you like musically breaking as many ‘rules’ as you want. If it connects with people, then the rules don’t matter! 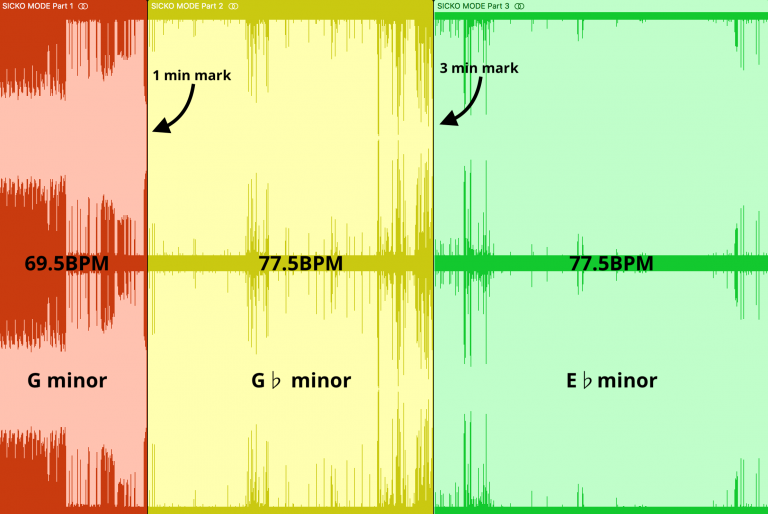 Interestingly, the whole track has a very mono sound! When you solo the sides, you can only hear to occasional rap ad-lib, hi-hat or minor spatial effects. Everything else is set dead center in mono. This might not sound super impressive and wide on a stereo system or in headphones, but it gives a super-solid sound everywhere you hear it. It will translate well in the clubs and on smaller range systems. Let’s look at how part 1 transitions into part 2 and how the stereo spread of the two compare.

Part 1 has a straightforward arrangement with mostly just synth and vocals placed in mono. There is a minimal amount of reverb happening in the side channels, but it’s super subtle. Too much reverb on rap can reduce the clarity of the words, but introducing a bit of space can add depth and help soften the performance.

The vocals are very bright and airy. When you have very bright channels in the mix, you need something to balance them out; otherwise, the mix can sound harsh. The bass enters at the same time as the vocal, and together they create a well balanced, rich sound. Even though there are only three elements in the mix for the majority of Part 1, they span a broad frequency range of around 20Hz- 15Khz. 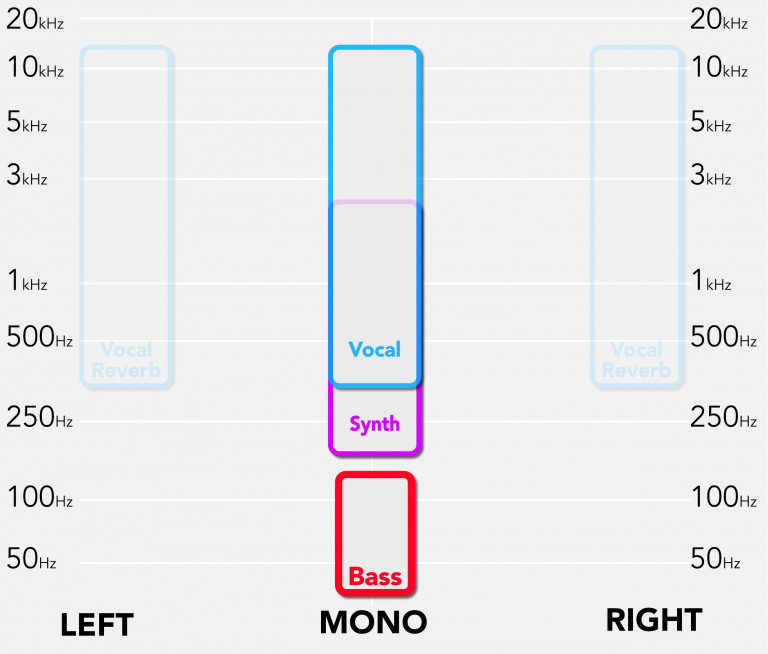 We see a dramatic increase in instrumentation and a broader use of the stereo width. Add libs, and vocal chops are introduced into the stereo field, but the majority of the sounds remain dead center.

The introduction of kick, snare, and hi-hats takes the groove to the next level. The hi-hats introduce movement into the stereo field with different hi-hat samples placed in different panning positions. This is a common technique used by hip-hop producers to make their beats more interesting.

The roaring synth adds much grit to the sonic texture, and a simple synth pluck is faintly heard in the mids. These don’t detract from the main focus, which is the vocal. When you have overlapping frequencies like this getting the levels right is crucial. Once you know which channel is your focal point, make sure the channels with similar frequencies are a few dB quieter to minimize the conflict. It interesting to see that the producers decided to use gain relationships here rather than placing the roar synth or synth pluck wider in the stereo field as we’ve now seen in many other productions. It’s good to see other approaches successfully put into practice. 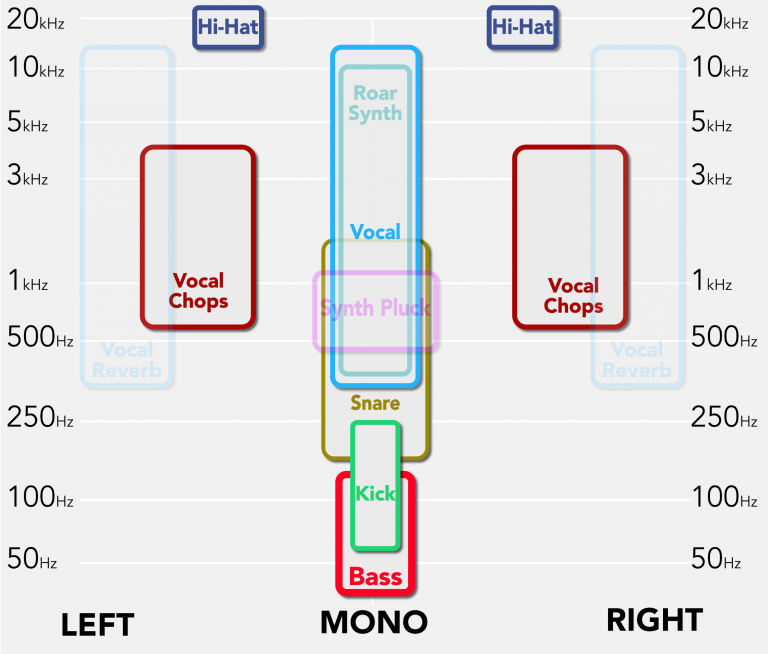 While I love the songwriting and groove of this song, I can’t help but hear the clipping in the kick. It doesn’t seem controlled or purposeful to me; it just sounds like they didn’t tweak the limiter settings to work well with the input signal.

We can see on the waveform below in EXPOSE where the track is jumping above +1.0 dBTP, and it gives the kick transient a dirty and broken sound.

This is most obvious in Part 3 as the instrumentation is less forgiving around 1kHz to 10kHz, allowing the clipping to cut through the mix. The roar synth covers it up more in Part 2.

The takeaway point from this is that paying attention to the intricate settings of the limiter can help your music sound it’s best. Always fine-tune the attack and release of your limiter to suit your audio material. You can do this by boosting the input signal to exaggerate the effect of the limiter, then tweak the attack and release to minimize distortion at this level. When you feel you’ve got a great setting, lower the gain back down to its original level and tweak again if needed. If you want more punch, then try increasing the attack length. If you want a smoother and more controlled sound, you could try increasing the release.

What Did We Learn?

This blog post is one of 40 chapters in ‘How Pros Make Hits’, an eBook created by Mastering The Mix. Music surrounds us. It’s everywhere. Your music has the potential to connect with millions of people. Don’t produce another second of music without first learning how these pros did it to give yourself the best chance of success. Visit the How Pros Make Hits webpage to download 5 free chapters now. 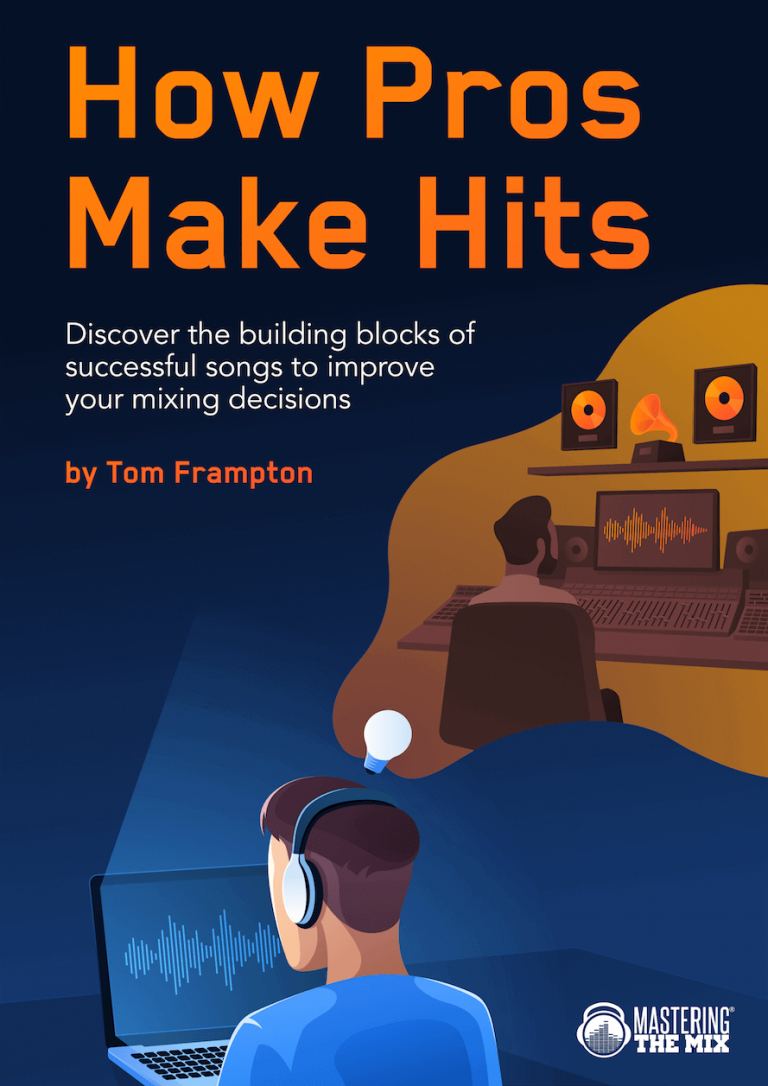