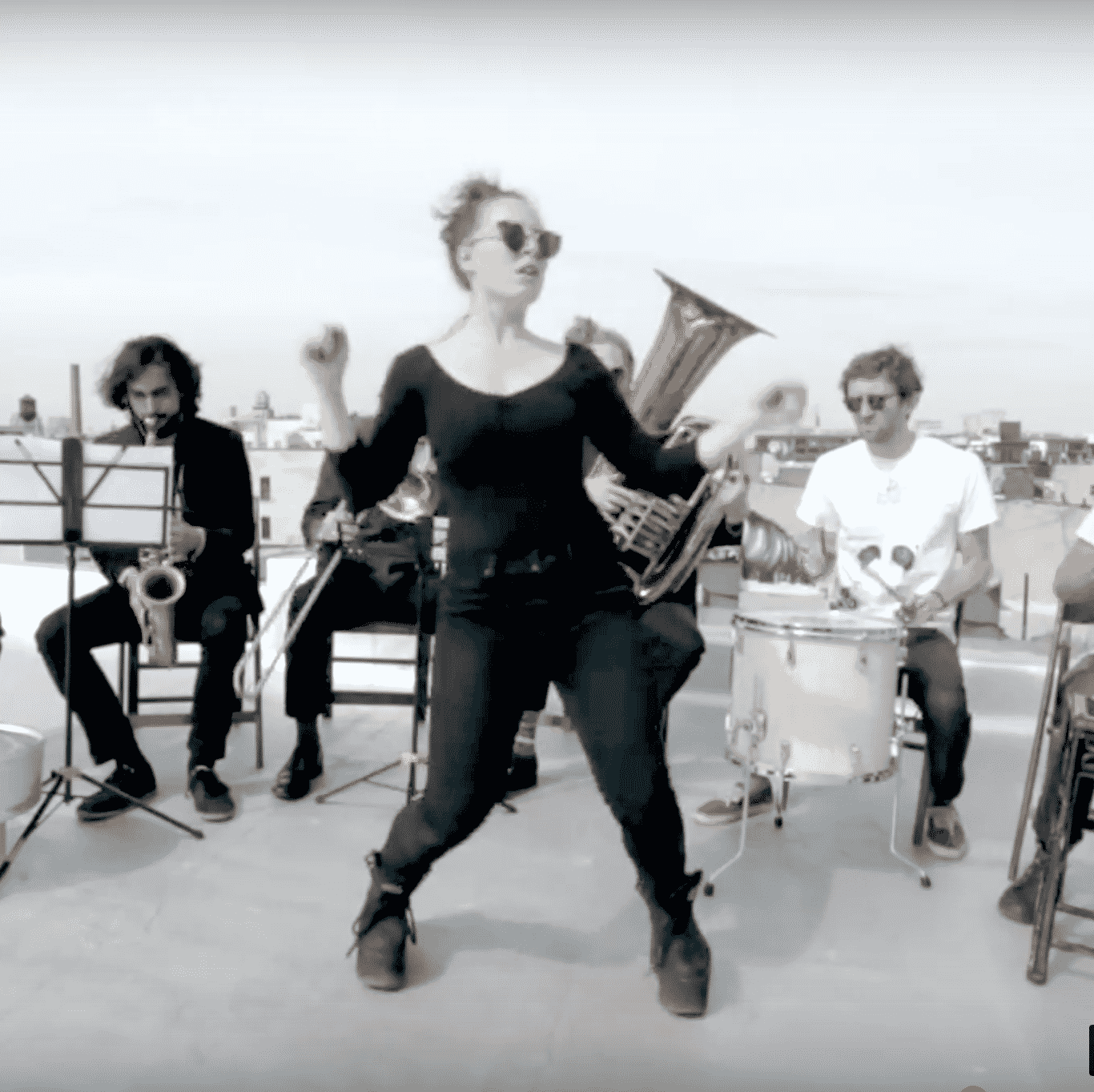 Pairing Music with Visuals – 7 Ideas to Get You Started

Okay, so you’ve finally finished the dopest new song. It’s out on soundcloud, bandcamp, itunes, or what have you now. But you just don’t have a visual.

As producers, we wear a lot of hats: instrumentalist, engineer, promoter, songwriter, manager… etc. And now? Tack videographer to the list. The importance of a visual accompaniment to any song cannot be understated. With youtube accounting for nearly 1/5th of all internet traffic, the importance of that video upload is indisputable. How much more likely is someone to share your song if it has a dope music video to accompany it? Yeah. Video is a powerful tool.

But, while the idea of putting a video together can be overwhelming, there’s one thing certain: anything is better than nothing. So if the idea of a storyboard, film crew, budget, blah blah blah, isn’t on the horizons, don’t fret. There are other options. Below are some ideas for how to bring your songs to life in video form. And most of these are (relatively) simple.

An acoustic version. Classic. Easy. Can be as simple as you in your bedroom. It can also allow for a lot of creativity. It doesn’t have to sound like the produced version. Change up the instruments. The tempo. The beat. Make it cool. Or, at least just make it. And if you can’t play it yourself, ask a musician buddy. Check Chet Faker’s “Talk is Cheap.” Or this groovy version of “Hey Mami” by Sylvan Esso.

Stop motion. This one is super simple and quite fun. Take a bunch of (not blurry) pictures in a row, and string them together using iMovie or an equivalent. It can be as simple as you going on a walk through the park, or an elaborate storyline. Check out this cool, home made music video for inspiration.

Handwritten lyrics. If you’re the songwriter for your song, you may be particularly attached to the lyrics. If you really want people to hear and feel what you’re trying to say, some handwritten lyrics can bring it to the next level. Check out this one. Or, here’s one that uses stop motion & handwritten lyrics (which even you could probably do better). Also, if you have all the money in the world like Gwen Stefani you can make something as cool as “Misery.” Karaoke Version. This one is mostly to be funny. People are probably not kareoke-ing to your song, but maybe they’ll want to after this. Just take out the vocals, and write out the lyrics in those classic neon karaoke colors. Have fun with this one. And maybe force your friends to karaoke to it at a party.

Time Lapse. Of something cool. A park near your house. A ride in the metro. A busy intersection at night. The sunrise. Have an artist friend paint something beautiful. Here’s an example of a Foster the People music video. And if you can’t paint an entire building in downtown LA… start smaller. If you have an iPhone 6 you already have a time lapse setting built into your phone.

Repurposed old video. Brush off some oldies but goodies from the attic. Or go to a thrift store and borrow someone else’s memories to play off as your own. Many video shops and Best Buy/Walmart type stores can convert the VHS to DVD for you… or you can buy a converter device for around $50. Good for the artist who wants a vintage-y quality to their movie & sound. Check out this cool old school vid for inspiration.

Sound Visualizer. Okay, this has got to be the easiest of all the options. Use a sound visualization software such as renderforest or iTunes. In iTunes, all you have to do is hit command+t for the visualization to pop up. From there, you can record the screen. Now, you have a screen that dances to your tunes. Thanks, technology!

Okay, now that you have some ideas, it’s time to make that visual. Remember, done is always better than good. So, just go for it!