Should I Buy It? – Waves MDMX Distortion Bundle

Yeuda has been busy here at Beat Lab, we just started a new video review series called ‘Should I Buy It?’ where he covers plugins. Yeuda lays down his skills this time to check out the new MDMX Distortion Bundle from Waves Audio, released with a bang over Thanksgiving. Three new plugins each with their own flavor, we didn’t see that coming! Whether you’ve tried them yourselves or not, watch the video to hear our take on these new plugins.

– The dynamic section is a great addition.

– The low shelf adds back the lows very nicely.

– The Fuzz plugin’s Octave up and Octave down section is awesome, and the stereo modes make it very flexible.

– They sound too harsh for most applications straight out of the box.

– We wish there was a way to flip the dynamic section to process only the low volume signal.

– Because of the similar architectures, all of the plugins could be in one extensive plugin instead of three different ones.

The bundle is currently on sale for $49 from the original price of $99. Get your copy here. 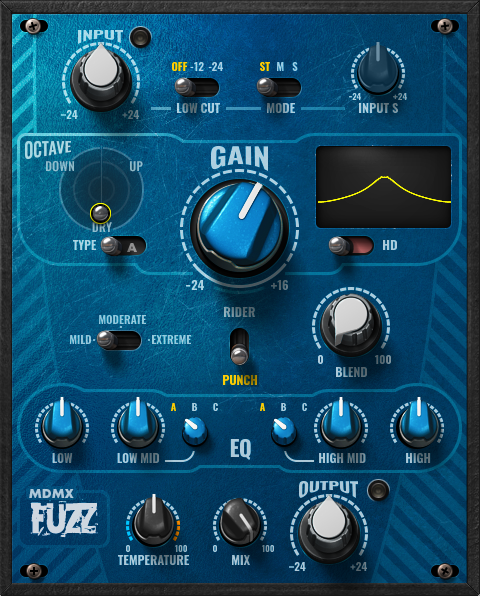 Right off the bat, we could tell that this is some serious distortion. Even if you turn down the gain to its lowest possible setting the input signal is as crunchy as that yoga teacher we all know that keeps pushing essential oils on us. We had a tough time finding practical uses for our taste, but that doesn’t mean you won’t. With all the different parameters you’ll undoubtedly fit it into your workflow.

We started by switching between the different stereo width settings, and it’s worth noting that there are Mid and Side modes you can switch to. There you’ll have independent input gain for the specific channels. These modes will make for some very interesting sound design when it comes to drums, leads, bass, and especially vocals.

This plugin has two distortion models – A and B. Switch between them to taste your flavor. We thought B was a bit cleaner so we stuck with that for the video and tweaked some more settings. On the right side of the plugin is the HD button which will activate the Oversampling. We found that to be very a useful thing to have, distort the signal then oversample it to improve the resolution. Well done Waves, well done.

Our favorite feature in this plugin was the Octave section. It introduces harmonics pitched an octave below or above the input frequency. While the pitch-tracking isn’t perfect it is still a killer feature. Make sure to play around with it, you’ll be able to really mix up your sounds using that setting. Move on to the middle of the plugin were we have a compressor and its settings.

You can choose between Punch and Rider for the compressor, as well as Mild, Moderate, or Extreme compression. Once you ‘ve chosen those you can dial in a blend between the wet and dry signals. Finally, there are some post-EQ controls and a “Temperature” knob for extra tone.

All these together make for a very flexible plugin and with it, you can sure make your Fuzz sounds right. We wanted to mention as a side note that as with most Waves audio plugins, you’re given plenty of presets to start with. Their typical team of mixing legends and producers put their efforts into designing the presets so you know you can start with gold. 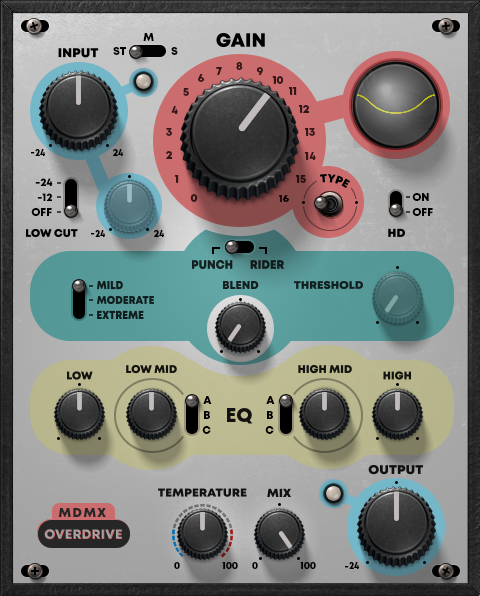 Next up is the MDMX Overdrive – this plugin is a bit gentler on the audio signal, probably due to its soft-clipping function. Right away you can see that it has a nearly identical interface to the Fuzz plugin. That’s great, it makes it easy to navigate as you are already aware of the general layout of its settings.

Within the interface, you’ll see the same low-cut filter seen on the Fuzz in addition to the Mid/Side modes, and the A/B distortion models. The same compression options are available to choose from with Mild, Moderate, and Extreme modes for the Punch compression. Those different levels adjust the attack and release of the compression. Rider mode allows you to change the threshold and therefore shifts the weight away from the Mild, Moderate and Extreme options.

Among the three plugins in the bundle, this was our favorite for overall use. It has a nice balance between the Fuzz and the Screamer in terms of grit and warmth. It would make a great addition to any mastering chain for straight or parallel compression with its natural warmth. 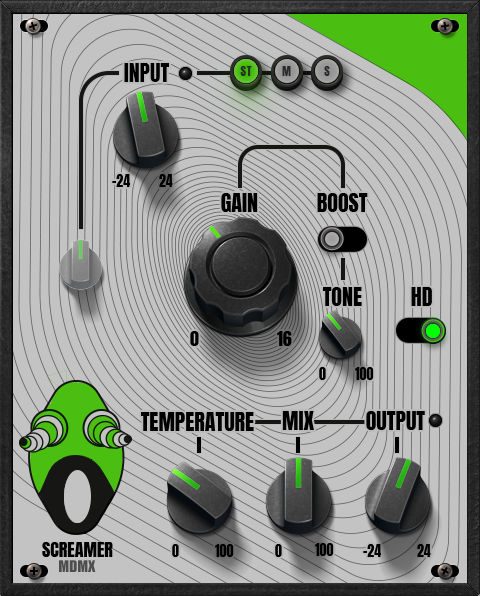 Open up this plugin and you’ll see that it has its own unique look. Waves broke away from the interface layout used in the other two plugins to give us this one. It’s much simpler, aesthetically a bit wackier, but for sure the easiest to use of the three.

There are the Mid/Side settings here as shared with the others, and the temperature control but then all that’s left is ‘Gain’, ‘Boost’, and ‘Tone’ (plus the oversampling switch). The gain knob does what gain knobs do and pump the volume up, increasing the distortion effect at the same time. The Boost switch adds 6 dB of gain to the overall signal, PLUS another 6 dB to just the mids, AND it saturates the signal. That is probably the “screamer” part of the plugin.

Overall this plugin will be your go-to if you want a DIRTY sound. It really gives Scream Therapy a new meaning.

If you are interested in learning more about how to use Distortion to your advantage, you could sign up for our Beat Lab Certification course which covers Mixing and Mastering in the third and fourth Levels of the program. If you are already versed in engineering, you should take a look at our Modern Sound Design course which specifically looks at how to build sounds from the ground up.

Diveakssh Schae August 12, 2021
PrevPreviousThe Endless Uses of LFOs – It’s not only for Wobbling
NextTop 12 Free Synths Every Producer Should KnowNext