Back in 2018, we posted about Top 12 Instruments for Native Instrument’s Reaktor.

Native Instruments Reaktor has been around for ages and the factory effects that come with it like Molekular, The Finger, and The Mouth to just name a few, are incredible.

But Reaktor is a complete DSP environment to build your own instruments and effects. And the online user library has been growing for over a decade so we decided to round up the best ones from recent years. We chose ones that not only sound good but also have a friendly and good looking interface. We also added links to all the developers so if you like the device make sure to check their other devices there are probably some hidden gems we are not covering in this article.

All of these ensembles use the Reaktor FX plugin and not the regular Reaktor.

A simple yet powerful device with three main modes: Gentle, Strong and Aggressive. To change between different dynamics for different bass response. It features a built-in Limiter to make sure you don’t overdo it (and it’s quite easy to overdo it with this one).

Use this effect to add a lower harmonics to your bass to add more power, size, punch and overall badassery to any low end.

Developed by the incredible Boscomac (Check out his big collection of Free Reaktor Instruments and Effects).

Described as an “Animated Distortion” effect. This capable device is much more than a bit crusher.

You can also add some modulation through random sequenced behavior.  Designed for drums and percussion but it can do magic on bass and FX. 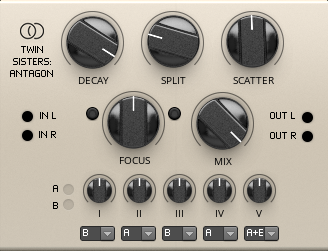 Creative reverb effect was taken from his synth ensemble under the same name. This can go from Stereo Delay to Reverb to Chorus to simply just a sound wrecker, texture creature.

Really easy to use. Blocks compatible and sounds amazing right out of the box (just turn the mix knob up).

Only come in .ins file but check out the video to see how to set it up as a plug-and-play effect for Reaktor FX.

This is not an exact replica in sound but still amazing!

Each distortion unit has two controls: P1 and P2

Followed by a 3-band EQ, Resonator and a Compressor.

This can be your next go-to Distortion effect. Sounds good on so many different sources.

Developed by James Peck. The most downloaded Reaktor effect in history!

An audio multi-effect combining saturation, pitch modulation, and noise, to emulate the imperfections of VHS tape.

The built-in Mic emulation is amazing and the endless ways to mess up your sound are vast.

Get your lofi fix with this one

Emulation of the digital reverb from the ’80s.

Each effect has it’s own interface and you can even switch to the B view for the more compact control interface.

The sound is wonderful and retro. It comes with great presets and each effect is simple yet customizable enough to use thanks to the signal flow display visually explaining what is actually happening to the sound.

Tilt EQ is a simple eq that can make any sound or mix brighter or warmer. Really great to fix imbalances in your mix or make any individual sound sit better with everything else.

Based on the classic Tonelux tilt EQ with built-in Limiter (Fat Blaster).

It can be an essential tool for many mixing, mastering, and sound design applications. 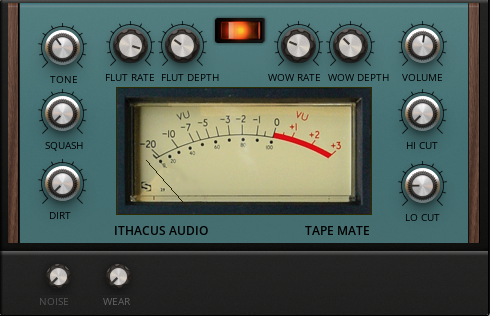 Described as a Crap Cassette Emulator. This Lo-Fi effect will make any sound crappier!

No presets on this one but pretty straight forward and self-explanatory. Featuring a cool VU meter.

Built-in Compressor, Saturator and a cool, warm Wow & Flutter effect to push all your sounds back 50 years.

The only thing we don’t like is the noise. Even if the Noise knob is pushed all the way down. But hey, it’s not supposed to be clean…

From the developer: “A lot of tape emulations I have found are aimed at simulating high-quality tape recorders that are well set up and maintained. This is designed to do the exact opposite!”

Another one from Studio 10c

Built-in Pre-amp emulation, and a “Magic EQ” section to give us the classic smiley face eq curve boosting highs and lows while dipping some mids.

Great equalizer to use on all types of sources: instruments, vocals, mix buss, and mastering.

If you need screen space, use the panel B, it’s a simplified view.

From the developer of the VHS Audio Degradation Suite comes another gem.

The pitch modulation is created by a built-in delay with a random LFO modulation the delay times.

Simple to use and a great way to create Lo-Fi tones.

The master of Lo-Fi is back again.

This one is a sparkly, shimmering effect to turn any sound into a bed of starlight pads and texture.

The main knob selects between the different modes of the Reverb and Delays mixed with pitch shifting.

There is also a built-in Phaser and Tremolo.

Panel B is identical but there is an LED above the stereo knob that is out of place. It’s nice to know Boscomac is human after all.

25 Effects that can be triggered by MIDI or locked by the latch buttons. You can even change the routing from Serial to Parallel and even an experimental mode that mixes the two. Each effect has two control to further change and modulate the sound. Beautiful GUI and awesome effects!

The effects can be triggered by MIDI making it a similar device to the amazing Finger from Tim Exile, and Stutter Edit from iZotope and BT.

Instant remix your music or use it as a performance tool. Super fun device for live performance, creating fills and transitions or simply adding glitch to your productions.

Compatible with Blocks and NKS!

Did we miss anything? let us know in the comment section

Looking to dive deeper into music production? Check out our online school