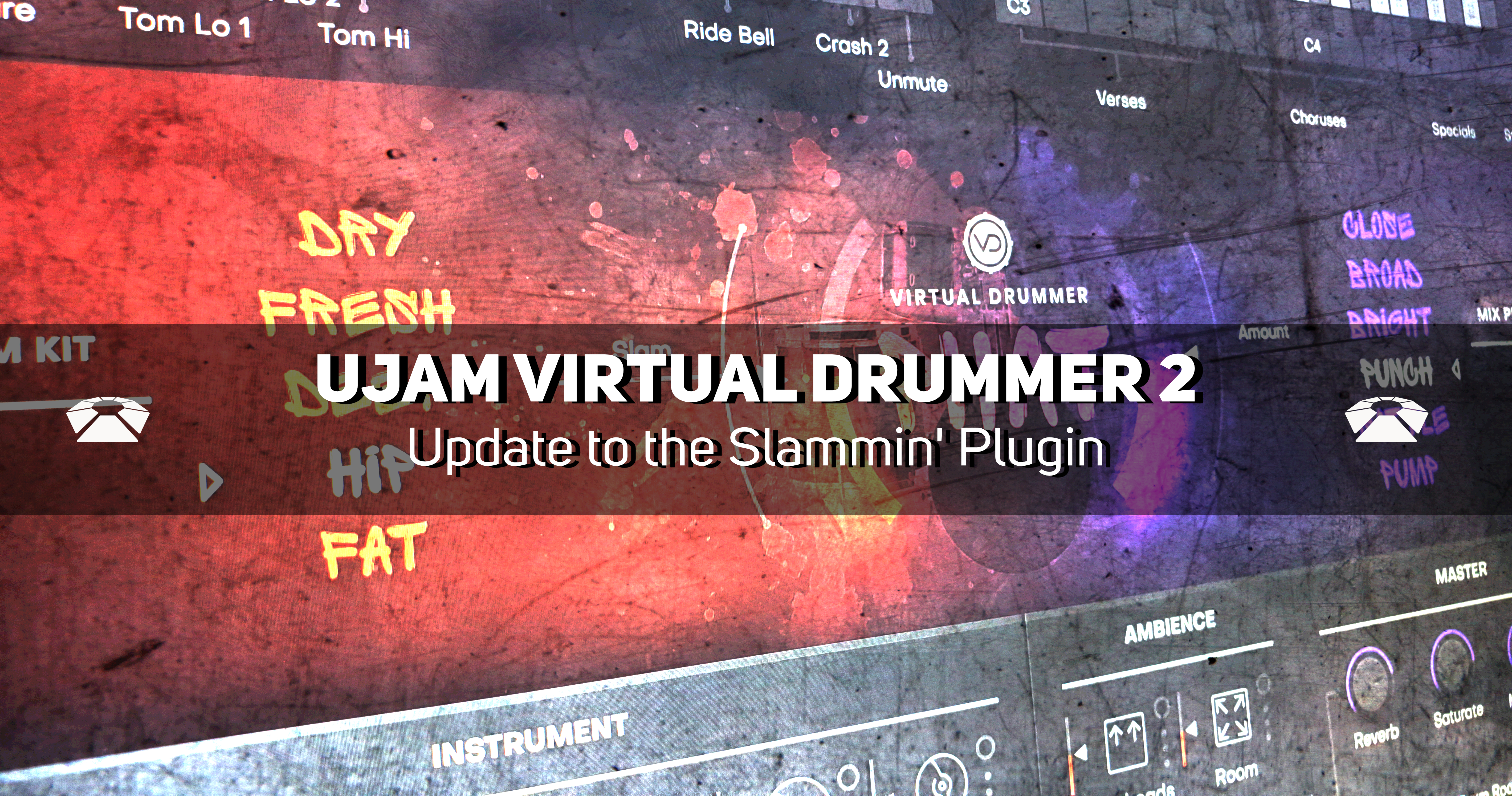 AVID and UJAM have teamed up together to release UJAM Virtual Drummer 2! It’s available as a VST, an AU, or an AAX plugin. We wrote an article a year ago when they offered the first version for free, and we loved it. We were very excited to see what the update had brought and were not disappointed.

So what is the plugin? Well, it is a playable instrument filled with 720 drum patterns ranging across 30 various styles of music. The samples were all recorded from 5 drum kits each with 6 different ‘character’ styles. The acoustic kit sounds pretty darn good and can be modulated to mix in some electronic drums.

We had the pleasure of looking at one sample pack – PHAT – which has a beautiful interface and is a breeze to use. The top left of the user interface shows a piano keyboard and the corresponding drums that are mapped to each key. On the right, you will see the keys and the patterns they are mapped to. You have the option to half the speed or double the speed of playing. There are sliders for controlling swing, humanization, and to add in rushing or dragging the beat.

The plugin looks more like a loop player than a virtual drum which is fitting because that is essentially what it is. Virtual Drummer gives you the option to play and program the individual hits from each of the drums. You are given volume controls for each of the hits so you can mix within the plugin. A workaround for processing the drums individually would be to copy the plugin to a track and drop the volume for everything except the specific hit. Read below to learn about what’s new in the second version.

The newest update boasts a few incredible features that really improve the plugin. The first is the ability to drag and drop MIDI patterns directly to your DAW, now the plugin can generate those patterns for you and you can introduce your own samples to be played back. Whammy. Next up is the option to route multiple audio outputs for each drum piece. Want to separate the hats from the kick (duh) then all you need to do is approach the mixer section and switch between Master and Individual Output. Then specify the routings in your DAW mixer.

If you want to stick within the plugin or mixing you can, doing that now is as easy as ever with the mixer section being updated.

The mixer section allows you to switch between the internal drum samples, alter their decay and tune settings, and even mix in the overheads and room sound. This has evolved into a fully fleshed out drum plugin. The newest additions combined with the original features make this plugin a true powerhouse.

The mixer section in the middle ets users define their drum kit and the mix preset, you then blend in the percentage of each. All in all its quite simple to use without sacrificing its own impressive capabilities. It’s an awesome plugin, it looks good, and it sounds good. 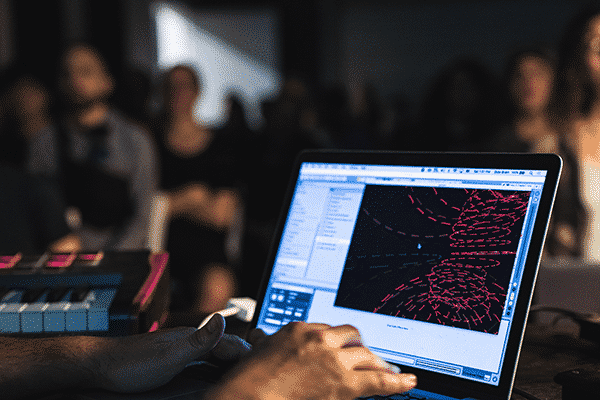