Unless you’ve been underground for the past few weeks, you couldn’t have missed one of the biggest developments in the world of sound – Apple recently announced that Apple Music customers will now have access to industry-leading sound quality thanks to the addition of Spatial Audio, which includes Dolby Atmos support. Artists can use Spatial Audio to create immersive audio experiences for their listeners, complete with full multidimensional sound and clarity. Starting next month, Apple Music users will get access to these new services at no additional cost.

Now, before we get into what it means for you as producers and listeners, let’s take a look at what Dolby Atmos really is.

What Is Dolby Atmos? 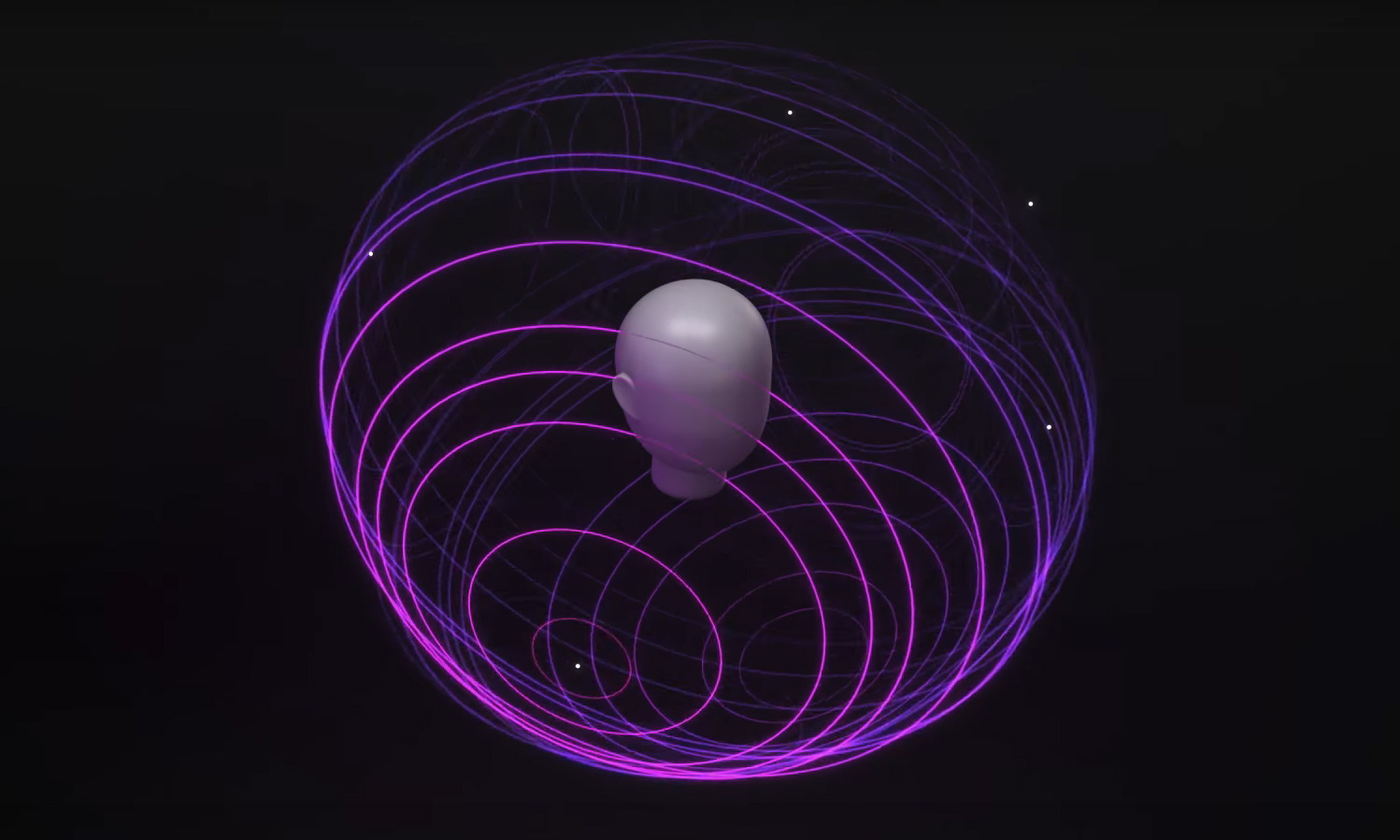 Dolby Atmos is touted as one of the most advanced audio technologies available on new soundbars and home cinema systems. It’s an immersive audio system that provides surround sound. In other words, Atmos makes it sound like you’re watching a movie or attending a performance. Dolby Atmos, in essence, gives the impression that sound is emanating from all directions – left, right, and above — rather than simply immediately in front of you. Dolby licenses Atmos to a variety of manufacturers, who choose whether to use it in a PC, smartphone, game console, soundbar, smart speaker, or home theatre system.

How Is It Different From Spatial Audio?

Apple’s immersive sound technology, Spatial Audio, takes advantage of multiple sensors in the company’s flagship AirPods Pro or AirPods Max. Spatial Audio varies from Dolby Atmos in that it uses Apple’s sound technology to track your head and place the sound accordingly. What this essentially means is that when you turn your head while watching a movie on your iPhone with your AirPods Max on, the sound will adjust to the orientation of your iPhone.

While Spatial Audio can function on its own, Apple has taken things to a whole other level by adding Dolby Atmos-compatible tunes to Apple Music. This makes use of Spatial Audio as well. Let’s illustrate this with an example – Imagine that you’re listening to Adele’s ‘Someone Like You.’ The combination of Spatial Audio and Dolby Atmos makes you feel like you’re in the centre of a recording studio or at a live concert.

Do You Need Special Apple Devices To Use Spatial Audio?

By default, Apple Music will automatically play Dolby Atmos tracks on all AirPods and Beats headphones that contain an H1 or W1 chip, as well as inbuilt speakers in the latest iPhone, iPad and Mac (M1) models. Spatial Audio is supported by Apple TV (2017 and 2021). HomePod will also support Spatial Audio for Apple Music.

Dolby Atmos On Headphones – Is It Possible?

How can you get a pair of headphones to sound like more than two speakers? Previously, audio output was restricted to horizontal speaker locations. The audio object metadata is used by Dolby Atmos to correctly locate the audio anywhere inside a 360-degree environment. Any ordinary set of headphones will function with Dolby Atmos…in fact, that’s what it’s meant for! You don’t need a specific sound card or any other particular hardware on your computer. There’s also no need to replace your favourite headphones.

While the Dolby Atmos was originally designed to be experienced across expansive home-theater setups with numerous speakers, many providers have started bringing its applications to home audio. In fact, many newer mobile devices come with a version of the technology dubbed Dolby Atmos for Headphones that allows users to listen to music and watch movies in Dolby Atmos. Despite the fact that they are stereo-only, they are meant to mimic Atmos effects on any headphones. The Dolby Access app also makes the technology available on Xbox and PC for $15.

Mixing Music For This Format 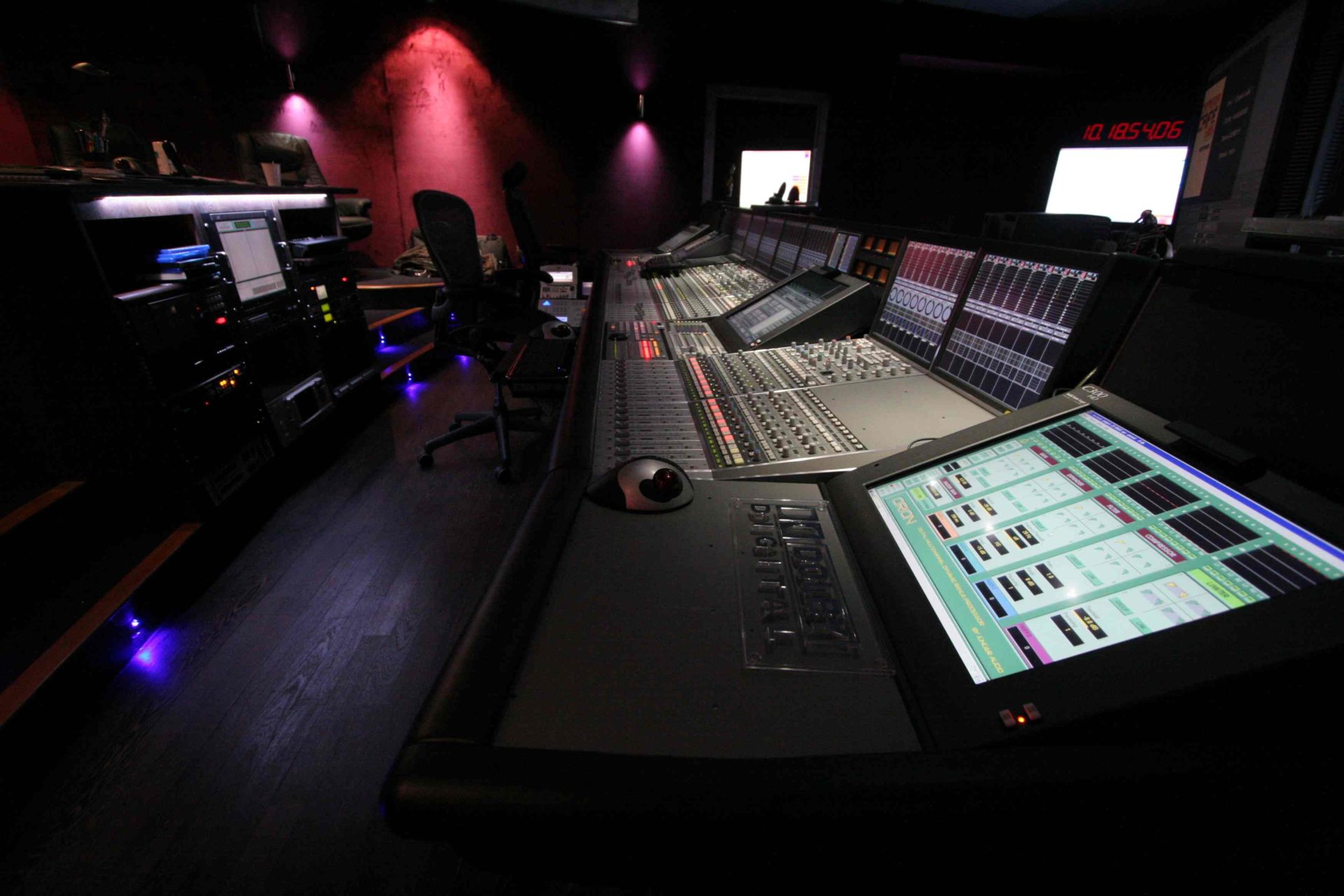 In comparison to stereo, the tools that Atmos provides in terms of height, width, depth, and sub are everything that a mix engineer needs. When mixing in stereo, you must always make sacrifices; for example, if you want to hear the guitar, you may have to turn down the Hammond. You’re continuously making decisions and carving out EQs while taking into account what other instruments are performing. There’s no need to do that in Atmos because there’s ample room for everyone. Emotion and intention are at the heart of every mix. With Atmos mixing, it’s much easier to explain what an intention is but it’s not just about being bigger; if you have a guitar and a voice, you can be more intimate; if it’s energetic EDM, it can translate the drop domestically.

Stereo mixers are generally concerned about how their mixes are going to translate on someone’s headphones, in a club, on the kitchen radio or on a very nice pair of home hi-fi speakers. The work on one mix that has to serve all platforms. Atmos for music is actually a dynamic format, so when an Atmos mix is created, it will adapt to the device that it is playing on. If you’re an audio engineer who’s worried about how your mix will translate to different studio environments, you can take the guesswork out of it with an incredible plugin called Sienna that combines technology by Acustica Audio with artificial intelligence to emulate studio rooms, anechoic chambers, and different environments – right on your headphones.

Should You Make Music For Atmos? 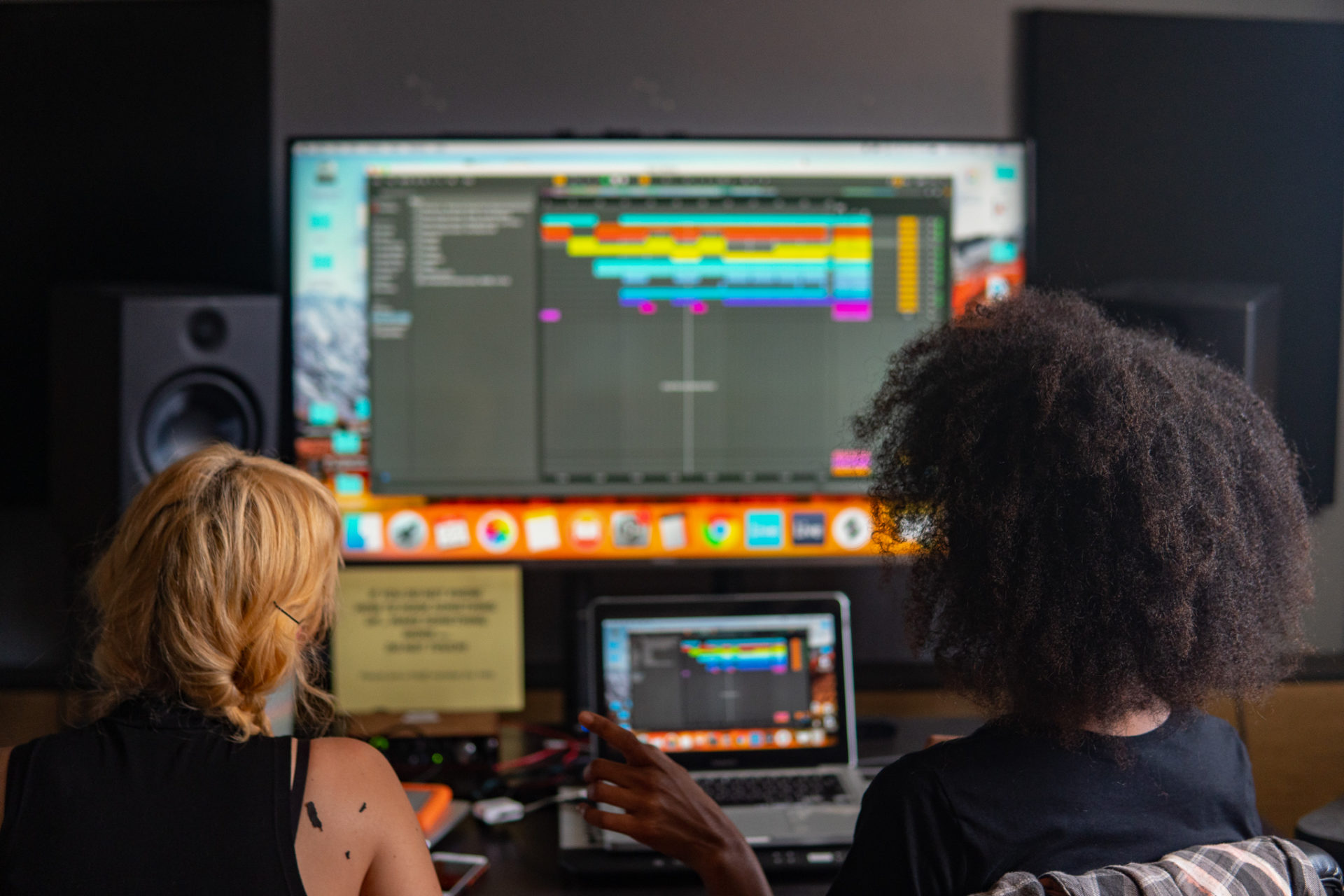 Dolby Atmos Music allows you to build a completely engaging soundstage that immerses listeners in the music. When compared to standard surround sound, this technology allows you to precisely locate and move sounds. This technology can help you bring your music alive like never before and stand out in the increasingly competitive music space. While the tech continues to increase in popularity, early adopters are sure to find themselves at an advantage over their peers. We certainly believe it’s worth exploring and even more so with Dolby Atmos tools which are optimized for music. On the Apple Mac platform, the Dolby Atmos Music Panner is now available as an AU, AAX, and VST 3 plug-in for industry-leading DAWs Avid Pro Tools, Apple Logic Pro, Ableton Live, and Steinberg Nuendo.

If you’re a producer who’s new to the world of audio, DAW, plugins and more, you should consider signing up for Beat Lab Academy’s self-paced and expertly designed courses that cover everything from the foundations of music production to all the skills you need to become a super producer in your own right. Beat Lab Academy is a leading Ableton Certified Training Center and modern music school training musicians, performers, beatmakers and composers for success in their music journey.

Music producers and studio engineers have long since been waiting for a viable alternative, a superlative to stereo. Dolby Atmos is the latest contender which brings the technology of cinematic immersion to music enjoyment – and the best part about this is that it can be enjoyed on home systems. Other formats were previously misunderstood, and people were encouraged to try them alongside stereo, whereas now the technology is in the houses. It looks as though this new, increasingly popular tech is all set to replace stereo.

This Week Only – All of Beat Lab’s Self Paced classes are 50% off. 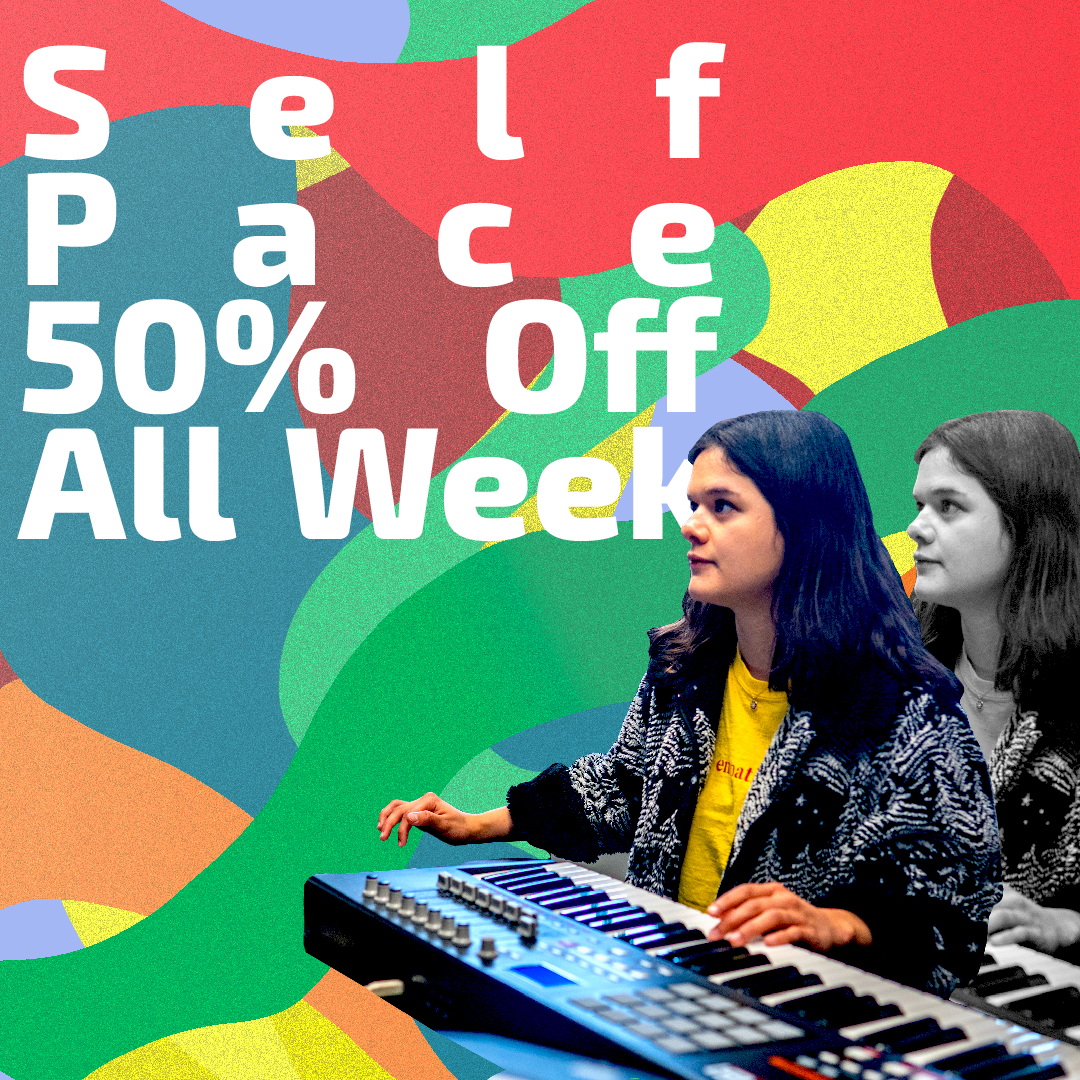