Native Instruments Reaktor has been around for ages and the factory synths that come with it like Razor, Monark, Form, and Rounds to just name a few, are incredible.

But Reaktor is a complete DSP environment to build your own instruments and effects. And the online user library has been growing for over a decade so we decided to round up the best ones from recent years. We chose ones that not only sound good but also have a friendly and good looking interface.

Clear out your schedules. 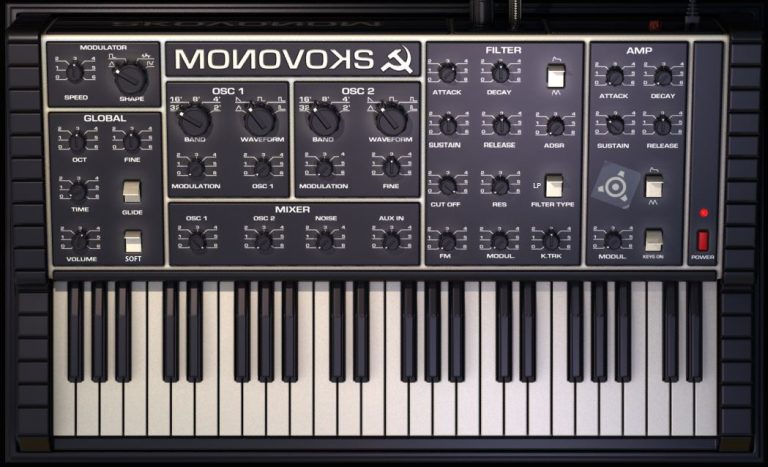 Created by David Frappaz. Fat, vintage, filthy and distorted. Inspired by the Russian synth Polivoks from the 80’s. 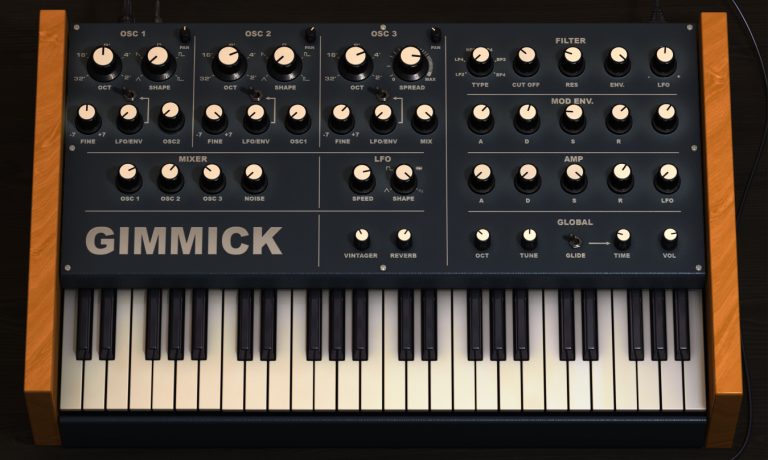 Another one from David Frappaz. Beautiful design and clear layout. Beast.

Inspired by the Access Virus synths. Comes with great presets.

Great for trance music with bright plucks, bass and leads.

This one is from YUNG FOREVER.  Very efficient design with a versatile Oscillator, feedback filter, and built-in effects.

It can achieve a huge array of sounds and comes packed with over 120 presets. 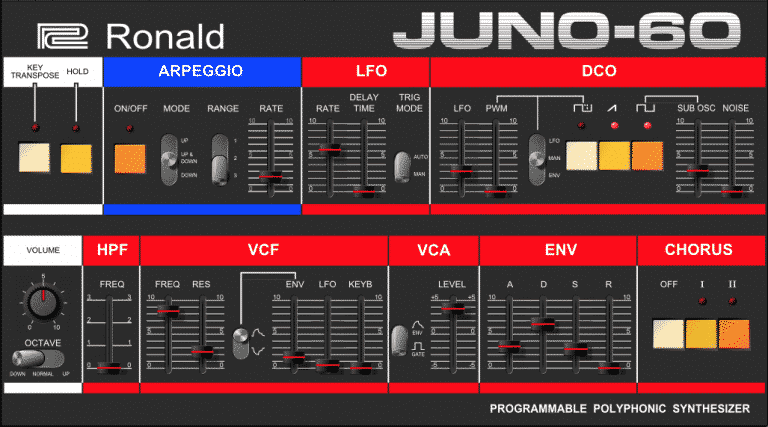 Emulated the Roland Juno-60 with all 112 factory presets included! with some extra functions not available on the hardware.

Back panel (View B) EQ and extra features 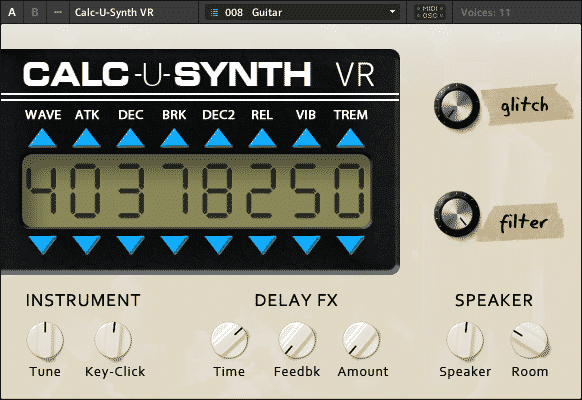 Replicate the Casio VL-Tone VL-1 in a small and easy to use interface.

A speaker simulator and sampled key-clicks added for an extra level of lo-fi goodness. 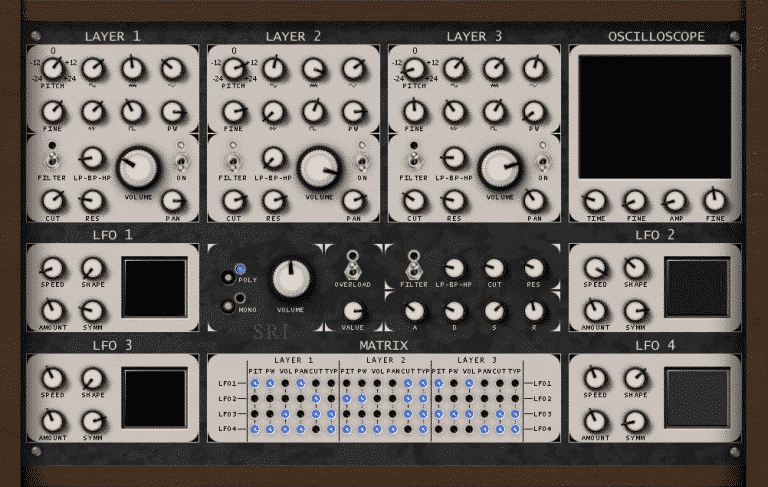 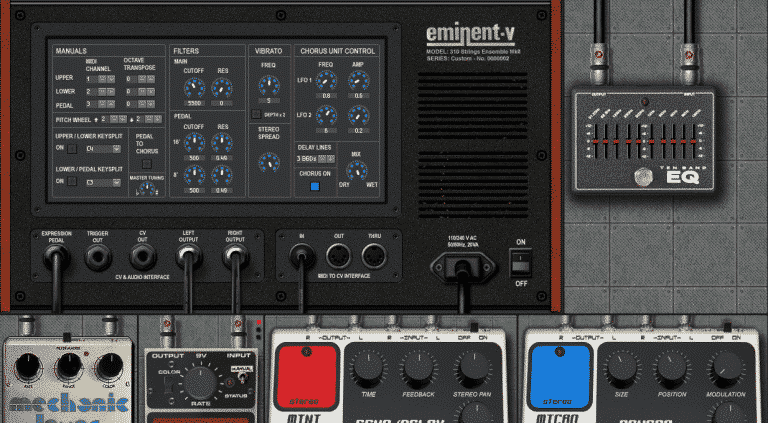 Emulation of a vintage string synth ensemble like the Arp Solina String Ensemble. It comes with a great interface and effect pedals + an EQ pedal.

View A controls the Upper and Lower manual of the instrument while View B gives you access to multiple controls like Vibrato, Stereo spread, Chorus unit controls and Manuals transposition. 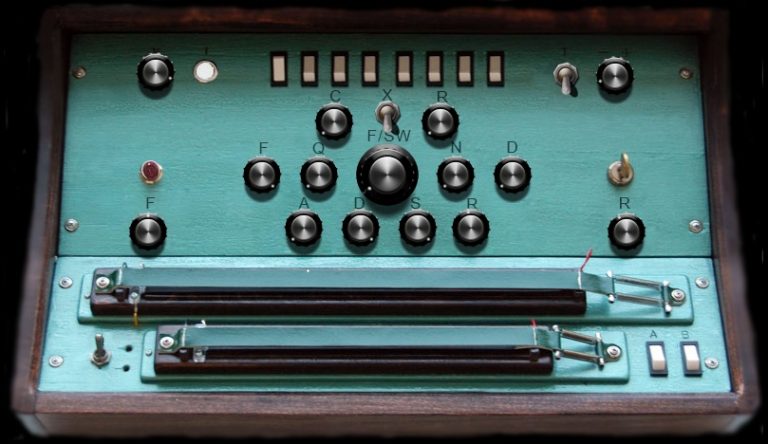 The Swarmatron was created to produce eight tones tuned approximately to one note, each tone slightly different in pitch to produce a complex and natural choral effect. 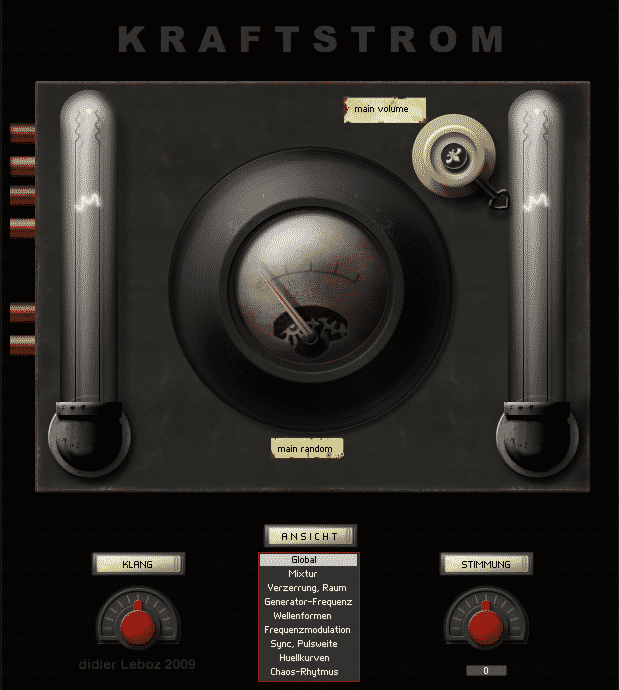 This one is hard to explain. The interface is mostly suggestive and everything fills like using some sort of a post-apocalyptic machine. It can create a huge variety of strange and experimental sounds. 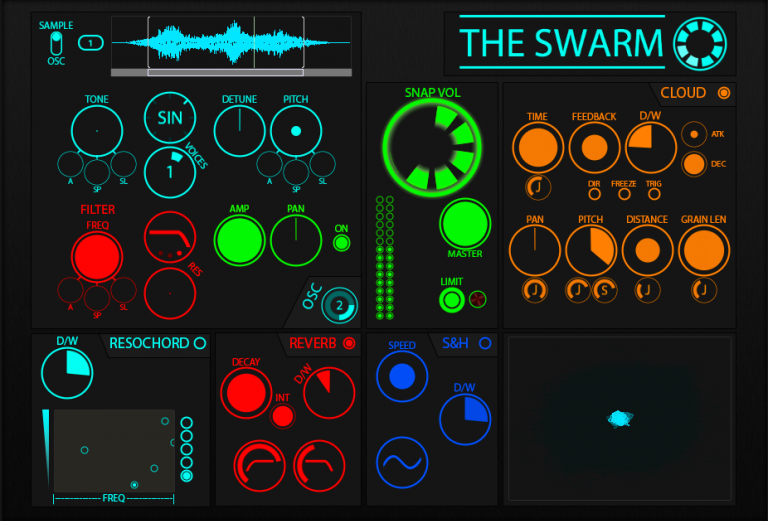 Another sound generator with a beautiful interface and built-in randomizer called the Swarm (hence the name). Each oscillator can also be a sampler!

Ok…… This one is crazy. Completely crazy.
It’s a tool to create Bytebeat which is a style of music based on simple lines of mathematical codes to generate very lofi sounds.
Most defiantly the most nerdy type of instrument in this list
Check out our blogpost about this culture